Office of the Mayor

Welcome to Havelock, a city in transition with a vision toward the future.  We are a wonderful city with a beautiful year-round climate and many activities such as the annual Salute to the Veterans Dinner, Freedom Festival, Music in the Park, National Night Out, Chili Festival and Christmas events.

Havelock has a state-of-the-art Tourist & Event Center that hosts a multitude of events from conferences and weddings to Marine Corps Balls and birthday parties. It also houses the Eastern Carolina Aviation Heritage Foundation. This group curates our aircraft collection and the dynamic and varied displays that are open for the public to enjoy for free every day. Their mission is to preserve the history of aviation in our region, and to encourage the next generation of aviation leaders through the use of education.

Next to the Tourist & Event Center, we have begun the development of the Slocum Creek Waterfront Park. This park will provide access to some of our most beautiful natural resources through opportunities to picnic, hike, kayak and fish. This park is just one examples of the extensive recreation opportunities that are already available in Havelock.

Our city is focused on providing citizens and businesses a responsive and efficient government. We have a new City Hall under construction that will bring our core services under one roof. Our infrastructure is a priority and is being maintained and expanded to provide for our citizens and to accommodate healthy growth. We maintain a bright outlook on Havelock’s future and our priority is to make sure that happens.

Havelock is the gateway to Marine Corps Air Station Cherry Point. There is a long history of cooperation and partnership, and we take our role very seriously as we look to strengthen and grow. We are honored to be a community that can work and play alongside the heroes and their families that call Cherry Point home.

Take some time to enjoy everything that Havelock has to offer. We are certain that you will find your place within our vibrant community.

William (Will) L. Lewis, Jr. was elected to a second consecutive four-year term as Mayor to his native city of Havelock, North Carolina in 2017, after serving eight years as a City Commissioner.  Under his leadership, the city has prioritized a responsive city government that focuses on strategic planning and responsible resource allocation.

Mayor Lewis has built and operated several successful local businesses since graduating with a B.A. in History from North Carolina State University in December of 2000. His current focus is on strengthening Havelock’s regional position and preparing the city for a robust future.

In his capacity as an elected official for the City of Havelock, Mayor Lewis has served in a multitude of roles, including: the Havelock Historical Preservation Society, the Recreation Advisory Board, the Havelock-Craven County Library Board, the Solid Waste Ad Hoc Committee, the Appearance Commission, the Greenway Advisory Committee, the Planning Board, the Havelock Youth Advisory Committee, and the Craven-Pamlico-Jones County Transportation Committee. In addition to these various and changing municipal appointments, Mayor Lewis currently serves as a member of the North Carolina Military Affairs Commission, a Board of Directors member of the Eastern Carolina Aviation Heritage Foundation and President of Allies for Cherry Point’s Tomorrow.

Will and his wife, Reine are the proud parents of twin daughters, Marina and Penelope. 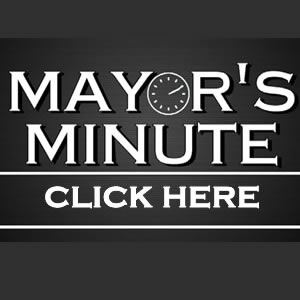